WE ARE THE HOLMESDALE

Holmesdale Fanatics are an independent ultra-style group supporting Crystal Palace home and away.Since our formation in 2005 the group has been based in the famous Holmesdale Road Stand at Selhurst Park.In 2019 we moved to our new permanent home behind the goal in the lower tier.

"This mentality is unstoppable"

The group was formed in 2005 by third generation local Palace lads who had stood together in Block B since 1999 and growing up had experienced the old school days of terracing. 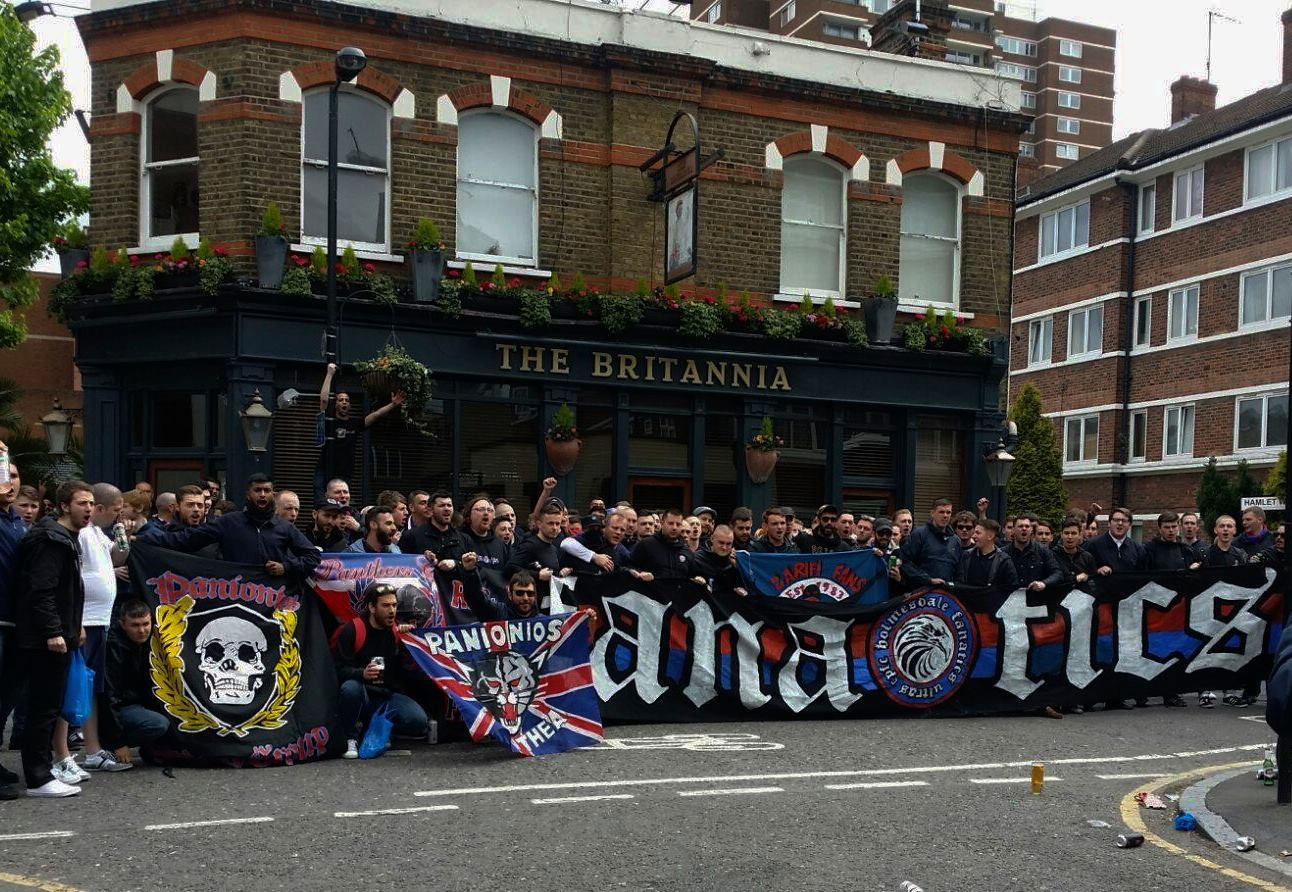 With football culture having declined through the Taylor report and a new era of football built for the home-viewing market, the group spent its early years fighting against archaic stadium rules and a repressive mentality.

We fought  against Croydon Council who threatened the closure of the Holmesdale for standing and against a top-down agenda to crush the group from the police and the club regime of the time. This period saw countless bans, court cases, raids and even the front of Block B entirely netted off for several fixtures

Despite this, the group showed an increasing presence, smuggling in materials, pulling off large scale displays across the Holmesdale and travelling away.

Recreating the days of terracing when like-minded lads would stand together, the group began to grow with the introduction of new chants and ultra-style support that inspired a new generation of Palace lads, while being adopted across the fanbase.

It was in the late 2000s, when Palace fell into administration that the group’s role rocketed, channelling its energy into the backs-against-the-wall, South London underdog mentality that defines the club. The group played a crucial part at the heart of the support away in Sheffield in a legendary game that would decide our future. And this spirit was continued with protests at Selhurst and then Lloyds in the city – that saw the fanbase on the global stage, helping to cement Palace’s survival. 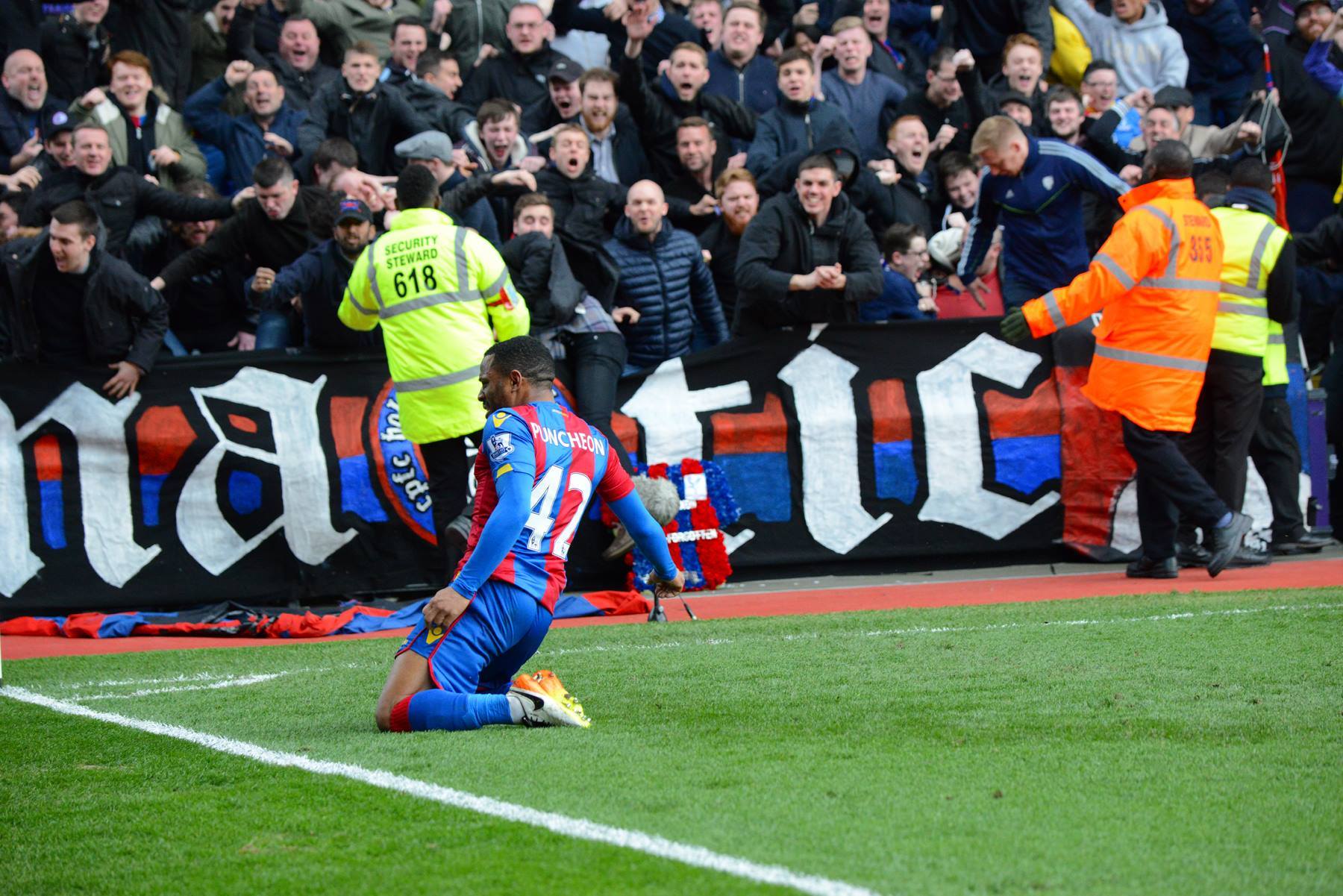 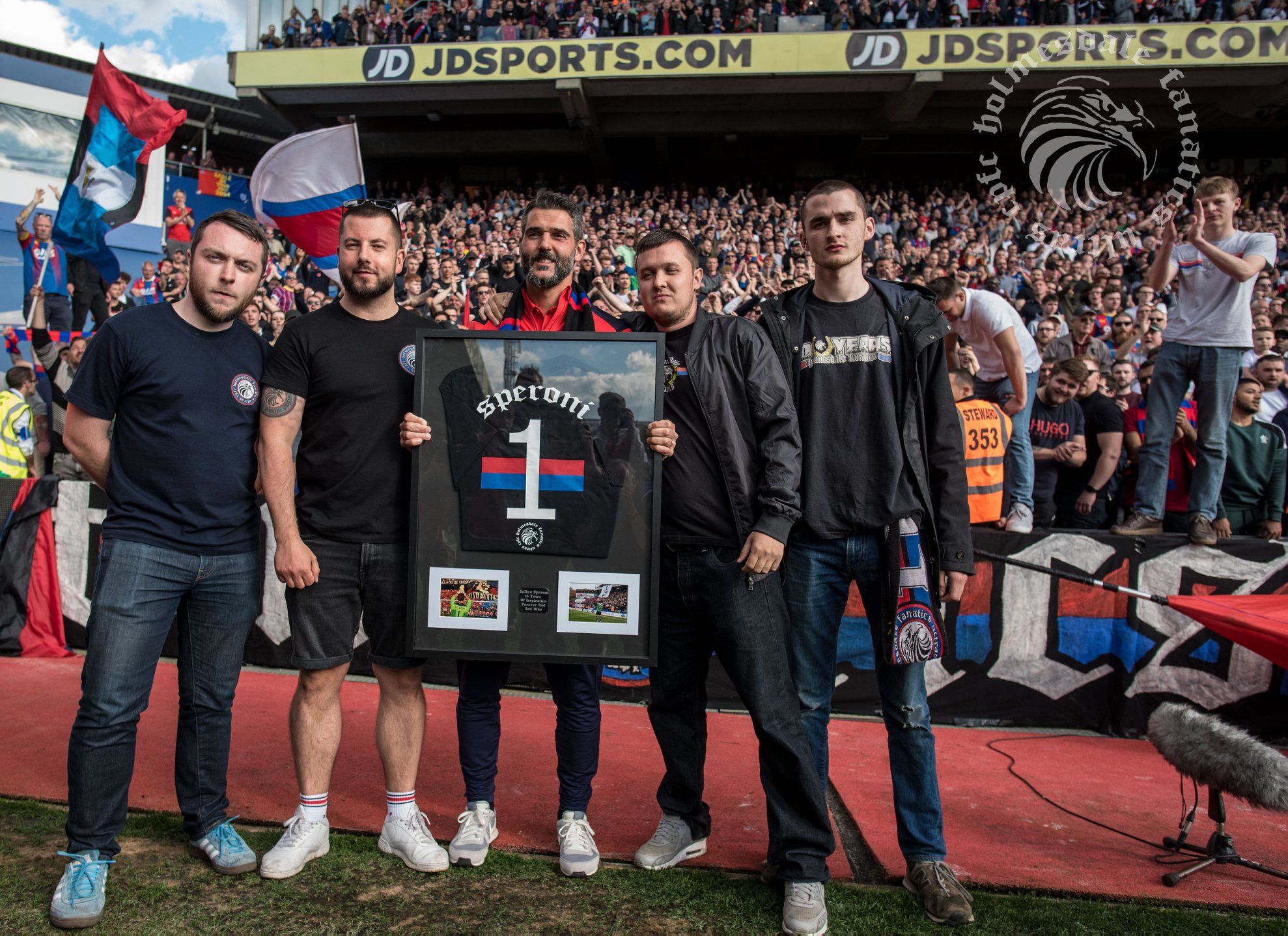 With Palace saved in 2010, the new era and spirit at the club was one of unity. Players playing for the shirt, supporters running the club and a fanbase fighting as one to push CPFC forward -During this period the group exploded in numbers.

In the 8 years that followed the Palace support went from strength to strength, making a mark in the top division and in three trips to Wembley, Palace taking over the stadium on each occasion. After a campaign and protests forced a meeting with Scudamore of the Premier League, the group helped bring about the £30 away ticket cap. A massive achievement in the fight for supporter rights in this country.

The start of the 2019 season saw the group in a much needed new section, at the centre of the Holmesdale as old school support used to gather. 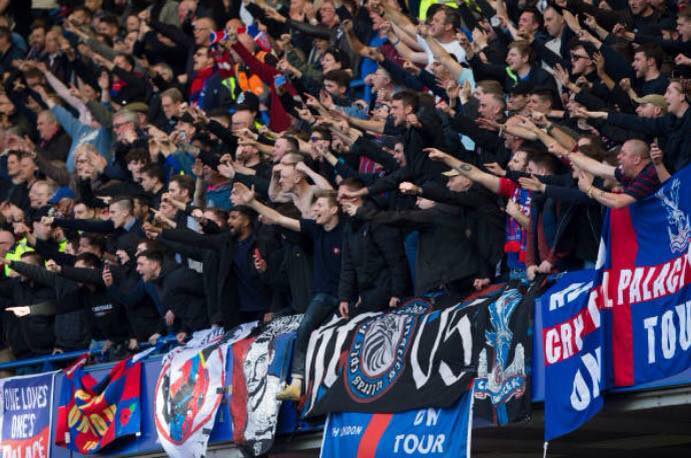 In this new section the mentality will remain as we look to the next stages of growth. Loyalty and pride in the local area, celebration of the club and its history and a determination to push this great South London institution forward.

Respect for the group, respect for each other, this is a brotherhood that extends beyond match day.